It is with great sadness that the family of Philip Douglas “Doug” Laughlin announces his passing after a decades long battle with cancer on December 17, 2018, at the age of 76. Doug, a resident of Huddleston, Virginia and had recently relocated to Vienna, Virginia to be closer to family.

Doug was born April 30,1942 in Marblehead, Massachusetts, the son of Charles and Martha Laughlin. He grew up in Dallas, Texas and spent many summers and vacations in Hot Springs, Arkansas. Doug attended Kent State University in Ohio and received his bachelor’s degree in Marketing. There, he met his wife of 48 years, Grace, who passed away in 2013. 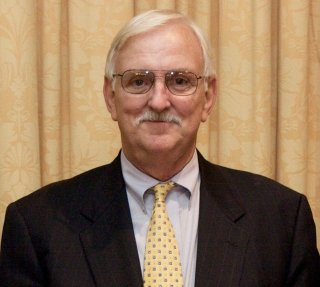 Doug served in the U.S. Army from 1966 to 1969. His advertising career took him and his family to Cleveland, Ohio; Syracuse, New York; Sparta, New Jersey and then finally to Arlington, Virginia. During his illustrious advertising career, he worked for top agencies—NW Ayer, DMBB and Bozell—specializing in Military Recruiting and Retention Advertising, for the U.S. Army, U.S. Air Force and National Guard. In 1995, he founded LMO Advertising, a full-service advertising agency in Arlington, Virginia. For his outstanding contributions to advertising and the industry, Doug received the Silver Medal Award from the American Advertising Federation in 2010.

Doug had many interests including his life-long love of Blues music, golfing, boating, politics and traveling across the country by car or camper. He cherished his time at his home on Smith Mountain Lake and especially loved being with his family – supporting their musical and athletic events, providing counsel and telling great stories. Doug will be forever remembered by many for his sincere kind, gentle and generous soul.

He is survived by brother Charles Dennis Laughlin; sons Scott (Jennifer) Laughlin and Christopher (Karen) Laughlin; and seven grandchildren, Evan, Mitch, Josey, Deg, Ty, Sadie and Bridget. A Celebration of Life Service will be held on January 26, 2019 at 2:00pm at The Church of the Good Shephard in Vienna, Virginia.  In lieu of flowers, the family requests a donation to Operation Homefront, a nonprofit whose mission is to build strong, stable and secure military families so they can thrive in the communities that they’ve worked so hard to protect operationhomefront.org.

LMO Is Committed to Education Assistance in Opioid Crisis

What Challenges Do You Face?

We Bring Creative and Effective Solutions.